In this article we will explain the procedure for will contests in Illinois probate cases.  We will discuss the difference between will contests and formal proof of will hearings, the causes of action, defenses, and burdens of proof for Illinois will contests, the Illinois statute of limitations for will contests, as well as several procedural issues regarding will contests such as who has standing to contest a will, who is entitled to notice of a will contest, the executor’s duty to defend the will, and who is responsible for paying attorney fees in a will contest.

What is a Will Contest?

If an interested party believes that a will that has been admitted to probate is the result of mental incompetence, undue influence, or fraud, he or she may file a petition to contest the validity of the will in the probate court in which the will has been admitted.  Evidence will be presented by both sides and a trial will be held to determine whether the claims of the interested party who filed the petition cause the will to be invalid.

What is the Statute of Limitations for a Will Contest in Illinois?

The deadline in Illinois to file a petition to contest the validity of a will is six months from the date that the will was admitted to probate.  There are two exceptions to this rule:

Who has Standing to Contest a Will?

Any “interested person,” as defined by the Illinois Probate Act, may file a petition to contest a will.  The Illinois Probate Act defines an “interested person” as an heir, legatee, creditor, person entitled to a spouse’s or child’s award and the representative.”  An “heir” is anyone who would be entitled to inherit in the absence of a will.  A “legatee” is a beneficiary named in a well.  “The representative is the executor or administrator responsible for administering the probate estate.

Parties who are neither statutory heirs or legatees may be able to gain standing through the doctrine of “equitable adoption.”  If an individual can show by clear and convincing evidence that the testator had the intent to adopt him or her and acted consistently with that intent by forming a close and enduring familiar relationship with the individual, that individual may argue that he or she had been “equitably adopted” by the testator, and may gain standing to enter into an Illinois will contest.

Who is Entitled to Notice of an Illinois Will Contest?

Who Pays Attorney Fees to Defend Against Will Contests?

In What Situations Can a Will Be Contested?

A the validity of a will can be contested on a variety of bases, known as “causes of action.”  These include undue influence, lack of testamentary capacity, fraud, forgery, compulsion, or other improper conduct, revocation, and noncompliance with formalities of execution.

What is the Process for an Illinois Will Contest?

The Doctrine of Election as a Defense to Illinois Will Contests

Do No-Contest Clauses in Illinois Wills Prevent Will Contests?

Tortious Interference With an Expectancy of Inheritance and Fraudulent Inducement Claims

Tortious interference with an expectancy of inheritance and fraudulent inducement are two causes of action that are often brought in conjunction with will contests.  These causes action involve claims against a defendant for wrongfully depriving the plaintiff of an inheritance through fraud or some other action that would itself be a tort.  Although these claims often require proof of the same set of facts as a will contest, the remedy is different because these claims often seek repayment of damages from the defendant, rather than a different apportionment of the estate.  When the remedy sought is from non-probatable assets, tortious interference with an expectancy and fraudulent inducement claims can be brought after the 6 month deadline for a will contest.

Can a Guardian Create an Estate Plan on Behalf of a Ward in Illinois?

Rules of Construction for Illinois Wills and Trusts Explained 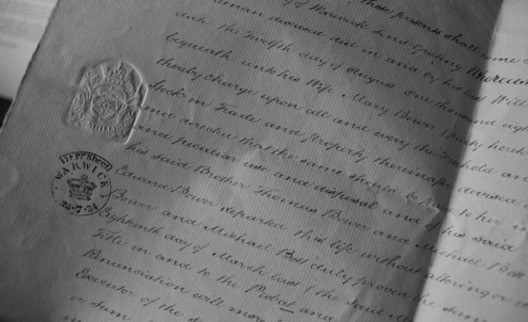 Does a Trustee Have a Duty to Defend Against Trust Contests in Illinois?

What Happens if a Will or Trust is Ambiguous? | How do Illinois Courts Interpret Ambiguous Language in Wills and Trusts?

When is Probate Necessary in Iowa?

Lack of Testamentary Capacity in Iowa Will Contests

How to Object to a Trust Accounting in Illinois