In civil litigation, the purpose of a trial is for either a jury or the judge to decide facts that are in dispute.  If the plaintiff's story differs from that of the defendant, the trier of fact (the judge or jury) must decide which story is more likely to be true, and rule in that party's favor.

‍However, sometimes a trial is not necessary.  Parties file motions for summary judgment, requesting judgment in their favor without a trial, when either there is no dispute as to the material facts, or the other side cannot prove their claims or defenses.

‍A motion for summary judgment will be filed along with a brief to the court, called a Memorandum in Support of the Motion for Summary Judgment.  In the Memorandum, the party filing the motion will lay out the legal elements of his or her claim or defense and make the argument that there is enough undisputed or indisputable evidence to support that claim or defense.  The party filing the motion will attach affidavits, deposition testimony, and other evidence as exhibits to the Memorandum.  The filer need not show that the parties agree on every fact in the case.  Rather, the filing party need only show that they can prove the limited set of facts necessary to their claim or defense, and that the other side cannot disprove these facts or raise other facts to defeat them.  It is not enough to show that the story of the party filing the motion is likely to be true than that of the other side.  Rather they must show that there are no reasonably disputable facts that are essential to their claim, so that there would be nothing for the jury or judge to decide at trial.

‍Once the Memorandum in Support of the Motion, the Response brief, and the Reply brief have been submitted to the court, the parties' attorneys will conduct an oral argument at a hearing before the court.  Many judges will have read the briefs in detail, performed their own independent research, and be prepared with questions for each side, or issues for the attorneys to address in oral argument.   Often, however, judges will have only skimmed the briefs prior to oral argument, and will rely on the attorneys to lay out the bases for their motion or defense in full, before reading the briefs in more detail after the hearing for proof and clarification.

‍Whether to file a Motion For Summary Judgment is a difficult decision that should ultimately be left up to the client, with the advice of their attorney.  If you are able to win on a motion for summary judgment, you may save a significant amount of money that it would cost to prepare the case for trial and try the case.  However, motions for summary judgment can require a significant amount of attorney time, and there is always a risk that you will not be successful.

‍If I feel that my clients have a significant chance to win the motion, I will often advise them in favor of filing the Motion for Summary Judgment, notwithstanding the risk that they may lose at hearing, because even unsuccessful motions are not a waste of attorney time.  Much of the work that will ultimately go into preparing for trial, including formulating legal arguments and compiling evidence, will be accomplished in preparing the Motion For Summary Judgment, and will not have to be redone if the motion is unsuccessful and the case goes to trial.  Ultimately, the decision on whether a Motion For Summary Judgment is a good strategy must be deliberated in light of the facts of each particular case.  ​

Can a Guardian Create an Estate Plan on Behalf of a Ward in Illinois?

Rules of Construction for Illinois Wills and Trusts Explained 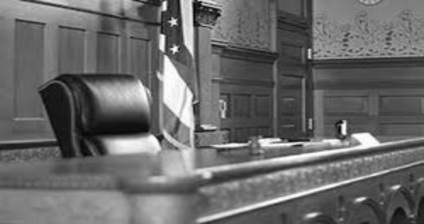