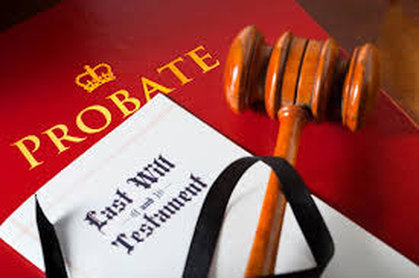 What protections does a spouse have in probate? Is a spouse entitled to the estate of their deceased husband or wife? When someone dies without a will, does their estate automatically go to their spouse? Estate Planning attorney Kevin O'Flaherty explains surviving spouse's rights in Illinois probate in this episode of Learn About Law. Have any questions that weren't answered here? Let us know in the comment section! Subscribe to BLTV for daily Learn About Law videos: https://www.youtube.com/channel/UCY4QhGg-zwgUIthoK3EdyjA

The Illinois Probate Act states in Article XV that the surviving spouse of a recently deceased person is entitled to an award from that person’s estate in an amount the court finds reasonable to support the living of the surviving spouse for a period of 9 months after the decedent’s death. In Illinois, $20,000 is the minimum amount that can be awarded to a surviving spouse. The spouse may petition for a higher amount based on the standard of living he or she was accustomed to when their spouse was alive.

If the surviving spouse has children living with him or her, whether they be minor or adult children, he or she is entitled to an additional $10,000 for each dependent. This is also intended for the support of living for 9 months following the decedent’s death.

The surviving spousal award is a “second-class” claim against the estate. This means it can only be awarded after first-class claims have been taken care of; first-class claims include funeral expenses or other related expenses. The spouse’s award does, however, take precedence over estate taxes and creditor’s claims.

The court will decide how the spouse will be awarded the money. It could be that the entirety of the award will be given to the spouse in full at once, or be paid in installments (no more than three) throughout the nine-month period.

The Act also contains a provision stating that a surviving spouse may elect to have his or her award in cash or in “goods and chattels.” Goods and chattels refer to the tangible personal property of the decedent that a spouse may wish to receive as an award instead of cash. The surviving spouse must file a written selection of what goods they’d like to receive to the court within 30 days of the notice of the award to make this election.

The surviving spousal award is automatic, meaning he or she does not have to prepare documentation or file for the award. It’s also non-discretionary under Illinois law, making the spouse entitled to the award regardless of estrangement or other marital factors. However, if the decedent created a will that specifically states that his or her spouse shall not receive the award, the surviving spouse will not receive even the minimum amount of spouse’s award.

Therefore, renunciation of the will makes sense if the estate is large enough that the spouse’s statutory share after renunciation would be larger than the spouse’s award after all priority claims are paid.  For a more in-depth discussion of the priority of probate claims, check out Illinois Probate Claims Explained.

Schedule a Consultation
Learn More About Our Firm
END_OF_DOCUMENT_TOKEN_TO_BE_REPLACED

How to Transfer Guardianship Proceedings to Another State

How to Avoid Trust Litigation

Trust Reformation in Illinois | How to Modify an Irrevocable Trust

Should My Trust Be The Beneficiary Of My Life Insurance Policy?

How is an Iowa Estate Divided if There is No Will? | Iowa Intestacy Laws

How to Transfer Guardianship Proceedings to Another State