In this article we will explain the Illinois appeals process.  We will discuss what types of orders can be appealed, deadlines for filing appeals, how the appeal filing process works, what happens in an appeal once the case is filed, what actions the appeals court may order, and what your options are if you lose on appeal.  Let’s start with a quick overview of the Illinois appeals system.

How does the Illinois Appeals Process Work?

In Illinois, cases are initially filed and heard in the county circuit courts.  These are also known as “trial courts” because the circuit courts are the level on which each side presents evidence and jury and bench trials are held in order to make findings of fact.

What Types of Orders can be Appealed in Illinois?

Throughout the course of a trial court proceeding, the court will issue several orders before issuing a final judgment.  The court may grant an injunction or dismiss certain claims against certain parties.  Not all of these orders are appealable.  Final judgments disposing of all claims as to all parties in the case are appealable.  However, there are several other types of orders that are immediately appealable, which we will discuss below.

Final Judgments Disposing of All Claims against All Parties

Civil litigation often involves multiple different claims against one or more parties.  Often, some of these claims will be decided earlier in the process than others.  For example, some claims or parties may be disposed of via motions to dismiss or motions for summary judgment while the remaining claims are resolved later at trial.

However Illinois Supreme Court Rule 304(a) provides an exception to this rule.  According to Rule 304(a), a final judgment on a particular claim can be appealed before the end of the case if the trial court makes an express written finding that there is “no just reason” for delaying either the enforcement of the judgment or the appeal of the judgment.  If the court finds that there is no just reason for delay of appeal or enforcement, then the deadline to appeal will begin running from the date of the order containing this language, not from the final judgment as to all parties and claims.

Illinois Supreme Court Rule 304(b) provides a list of specific types of partial final judgments that do not require a special finding from the trial court regarding “no just reason for delay” in order to be immediately appealable. These exceptions are as follows:

Interlocutory Appeals as of Right

Illinois Supreme Court Rule 307(a) establishes the types of interlocutory orders that are automatically appealable:

In these cases, a “Notice of Interlocutory Appeal” must be filed  within 30 days of the order in question in order to preserve the right to appeal.

Interlocutory Appeals by Permission of the Appellate Court

Deadline to File an Appeal

Appeals must be filed within 30 days of the final judgment as to all claims in the case, with a few exceptions.

What is the Process for Filing an Appeal in Illinois?

Below is an outline of the process for filing an appeal in Illinois:

Note that as of July 1, 2017 all filing in civil cases must be accomplished electronically in most appellate districts.

What Happens Once an Illinois Appeal Is Filed?

Once the Record on Appeal has been filed, the next step is for the appellant and appellee to submit briefs to the appellate court.  Briefs are written legal arguments explaining why the party writing the brief should win on appeal.  The briefs must meet strict formal requirements and should reference both the Record on Appeal and legal authority.

What Actions Can the Appellate Court Take?

After briefing and possibly oral argument, the appellate court will issue an order that mandates one of the following:

Will Judgments Be Enforced While an Appeal is Pending?

Enforcement of monetary judgments will be placed on hold (“stayed”) if the Notice of Appeal is filed and an appeal bond or other form of security is presented to and approved by the court.  The purpose of the appeal bond is to ensure that the appellant does not dissipate any funds that would otherwise be subject to collection actions during the pendency of the appeal.

The court may stay the enforcement of injunctions upon the filing of a motion and a hearing.

Some types of orders terminating parental rights are automatically stayed on a limited basis, without the need for petition and without the requirement of a bond.

What are Your Options if You Lose on Appeal?

If the appellate court rules against you, you have 3 options: 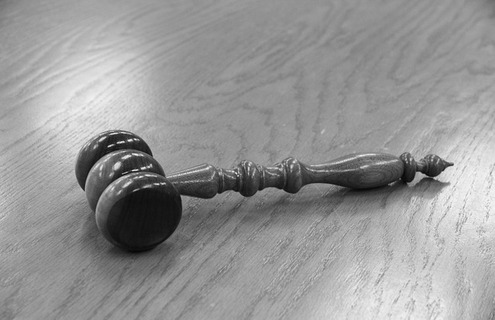