What Happens if Co-Trustees Disagree in Illinois? | Co-Trustee Disputes and Litigation

I am a co-trustee with three other trustees. The trust document states property should be maintained for the enjoyment of beneficiaries. If three trustees do not want to repair a roof and one wants to repair the roof, what does Illinois Law say about that?

Pros and Cons of Multiple Trustees

If you are creating a trust, naming multiple trustees has the advantage of the trustees placing checks on one another.  The idea is to preserve the status quo unless you have a majority agreement.  Each trustee can oversee the others.

The downside to the multiple trustee strategy is that it adds an extra level of complication to managing your trust.  For example, in order to engage in bank transactions or real estate closings, the trustees will often have to all be together in person to provide their signatures or otherwise provide for a proxy via power of attorney.  This can be logistically difficult.

A more costly issue arises if the trustees disagree.  If the trustees are unable to come to an agreement, this may lead to costly and stressful litigation in the probate court, which is likely to be a detriment to your beneficiaries.

What Happens if Co-Trustees are Deadlocked in Illinois?

In the absence of instruction from the trust document, Illinois law provides that a majority vote of trustees will control.

If the trust is silent on the issue of a deadlock, the trustees should consider negotiating a tie-breaker or alternative dispute resolution in order to avoid litigation.

Co-Trustee Disputes and Litigation in Illinois

If the trust is silent regarding trustee deadlock, one of the trustees can file a petition with the probate court to decide the issue.  The court will resolve the deadlock if a decision is necessary to effectuate the purpose of the trust.  This generally comes down to whatever action is most beneficial for the beneficiaries while still effectuating the grantor’s intent in creating the trust.  This will require an evidentiary hearing during which each side will have the opportunity to make an argument to the court and present evidence.

Executor’s Failure to Provide Notice to Creditors in Illinois Probate

Should I Get a Joint Will?

Implied Agreements As the Basis of a Probate Claim In Illinois 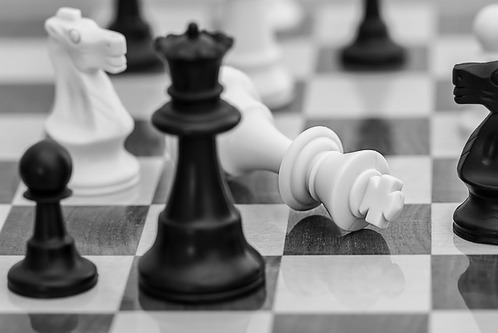 Executor’s Failure to Provide Notice to Creditors in Illinois Probate

Implied Agreements As the Basis of a Probate Claim In Illinois

Can Creditors File a Claim Against Assets in a Spendthrift Trust?

What is a Spendthrift Trust?

Creditors Claims Against A Deceased Person’s Retirement Accounts In Illinois

Claims Against Non Probate Assets: Are My Assets Safe From Creditors Inside a Living Trust?