What Happens When a Divorce Goes to Trial in Illinois?

In this article, we explain what happens when a divorce goes to trial in Illinois, including: “when does an Illinois divorce go to trial?” and “how does a divorce trial work in Illinois?”

When Does a Divorce Case Go to Trial?

To begin, even in a divorce that does settle outside of court, one or both parties may still need to make various court appearances. Although these things take place in a courtroom, they are not an official trial.  To learn more about what happens at these court appearances and when they are required, check out our previous article, Illinois Uncontested Divorce Explained.

A trial only becomes necessary when issues such as spousal maintenance, allocation of parenting time and responsibility, asset division or child support cannot be resolved through a marital settlement agreement or joint parenting agreement  by the parties and their lawyers. The purpose of a divorce trial is for the court to decide any issues the parties cannot agree on.

How Does a Divorce Trial Work?

Unlike many civil trials, juries are not used for divorce trials.  The judge is the decision-maker.  Witnesses may be called by each side.  However, often the parties’ own testimony and documentary evidence will be the only evidence presented.

Between the date that the divorce petition is filed and the the official trial start date, attorneys and each party will be gathering facts which will be relevant in court.  This is often done through written discovery and depositions.  There will also be a pretrial meeting, which the lawyers will attend, in which the facts of the case are presented to the judge and each side’s position is explained. At this meeting, the judge may try to persuade one side or the other to take a certain settlement, based on what the judge’s decision in court is likely to be. Right before the trial starts, some judges will give lawyers the opportunity to work out a last-minute settlement.

Other than the absence of a jury, a divorce trial operates very similarly to how a civil trial: each attorney gives an opening statement, testimony and and documentary evidence is presented to the court  by the parties, and if witnesses are called they can be cross-examined by the other attorney. Depending on the complexity of the issues involved, divorce trials can take multiple days to be completed.

Once the judge has made a final decision, if you are unhappy with the settlement, you can appeal the decision in the appropriate appellate court. The appellate court does not hear any new evidence.  Its will simply receive the paperwork from the trial and review it along with a written brief stating the argument of each party. 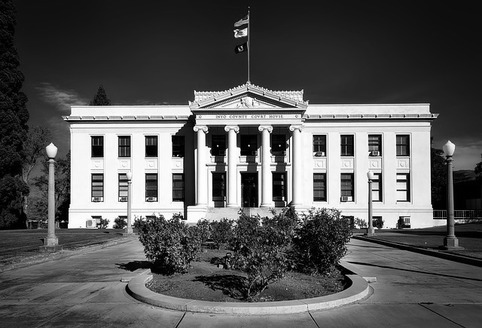 The Deposition Process In Iowa and What to Expect

What Qualifies as Abuse for Iowa Protective Orders?

What Happens if the Father’s Name is Not on the Birth Certificate in Iowa?

What Rights Does a Father Have if He Is on the Birth Certificate in Iowa?

What Factors Do Courts Consider When Determining Child Custody in Iowa?

How Does Alimony Impact Child Support Obligations in Iowa?