contact us
(563) 503-6910info@oflaherty-law.com
Learn More About Our Firm
Updated on
Article written by
Attorney Mark Hitt

This article will discuss some of the significant changes in police reform, that have resulted due to the new Illinois Criminal Justice Reform Act. We will cover the following topics:

On February 22, 2021, Illinois Governor JB Pritzker signed into law a sweeping reform of the state’s criminal justice system, which includes changes to a defendant’s pre-trial and trial rights. In addition, this bill enacts some of the largest policing reforms in recent Illinois history. These reforms are intended to increase police accountability to the public, while allowing the complaint process by the public to be easier and more transparent.

Over the years, the national spotlight has shone on those officers who go beyond their motto of “to protect and serve” and cross the line from acceptable force to excessive force. Police distrust and tensions between the public and law enforcement grows higher. This reform bill was passed in order to help protect both those citizens who are injured or illegally detained by police officers, as well as to protect those officers who are attempting to make positive changes in the neighborhoods they patrol.

Changes in the Illinois “Use of Force” Guidelines

Each and every interaction between a citizen and an officer is different. In a number of face-to-face situations, there may be some level of force used in order to detain and/or arrest someone.What amount of force is appropriate for an officer to use? Because of the uniqueness of each interaction, whether the amount of force used by an officer against a citizen has been judged on a case-by-case basis. For example, handcuffs are not meant to be comfortable. When being cuffed, a citizen may have a few marks or indentations on his or her wrists when the handcuffs come off. Now, if an arrestee is cuffed too tightly that loss of blood flow occurs, or bones are broken, that evidence could show the officer’s use of force was excessive.

Additionally, there are a number of different “use of force models” that police officers and sheriffs use. What maybe considered excessive force in one town may not be in a different city or county. The Illinois Criminal Justice Reform Act aims to make what is and is not excessive force uniform throughout the state. Under the new law, a singular statewide model of use of force will be in place by January 1, 2022.

In addition, the Act makes the following important changes related to use of force:

Complaints Against Officers For Misconduct in Illinois

The new Act also makes the process of filing complaints against police officers and having those claims investigated quicker and more transparent. Officers have their own legal statute that addresses disciplinary and use of force complaints. The Uniform Peace Officers’ DisciplinaryAct (called “UPODA” for short) gives an officer certain rights and certain protections when being investigated for allegations of wrongdoing. The new Act limits some of those protections the officers have had in the past.

By January 1, 2025, all officers, sheriffs, and State Troopers throughout Illinois will be required to use officer-worn body cameras in their interactions with citizens, whether it is, among other things, for a traffic stop or in order to determine if excessive force has been used. Officers will be trained as to when they must begin recording an interaction, to when that interaction is completed. In the past, in situations where a body camera was in use, and there was a possibility that excessive force may have been used, an officer would go back and watch his/her body camera in order to help them write an incident report. With the passage of this Act, officers may no longer look at their own body camera footage; only a supervisor may do so now. In addition, if an officer knowingly chooses not to use the body camera equipment when supposed to, or if the officer attempts to tamper with or try to erase footage, the officer may be charged criminally with a felony, with a possible sentence of up to five years in prison.

Furthermore, prior to executing a “no-knock warrant”, EVERY officer involved in the execution of the search warrant must wear a body camera at all times. The officers are to use the cameras to locate any children, elderly persons, etc. If an officer executes the warrant at the wrong address, the officer has to notify a supervisor immediately so an internal investigation can be opened.

The new Act requires that new officers, as well as seasoned veterans, receive more training in handling situations where use of force may be required. Crisis intervention training is now required yearly. Officers must complete bias and racial and ethnic sensitivity training on a regular basis. Officers will now receive specialized training in responding to, and interacting with, persons with mental illness. Officer wellness and mental health training is now a yearly requirement. All of these requirements are to attempt to dramatically reduce, if not eliminate, the tragedies we see and read about all too often.

For further information regarding these or any other criminal law and criminal defense matters you have, call our office at (630) 324-6666, or schedule a consultation with one of our experienced criminal law attorneys today. You can also fill out our confidential contact form and we will get back to you shortly. 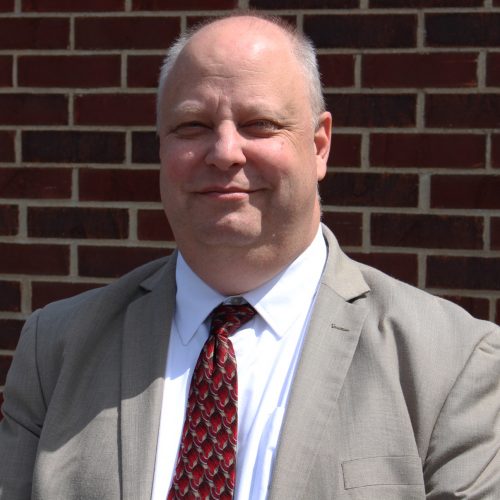 Mark has courtroom experience in many aspects of civil and administrative litigation as well, in personal injury, family, and chancery cases.