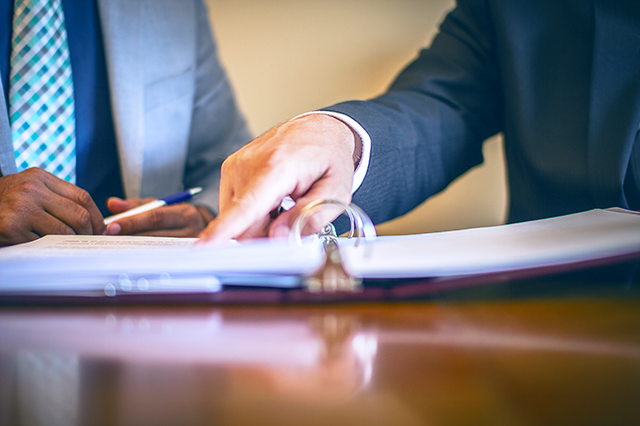 Get the representation you deserve with our Champaign will contest attorneys who will be your aggressive advocates throughout navigating will disputes.

Will Contests & Will Disputes

Will Contests & Will Disputes

In this article, our Champaign will contest attorneys discuss who has standing to contest a well as well as the process of contention and the statute of limitations behind filing a will contest. If an interested party believes that a will that has been admitted to probate is the result of mental incompetence, undue influence, or fraud, he or she may file a petition to contest the validity of the will in the probate court in which the will has been admitted.  Evidence will be presented by both sides and a trial will be held to determine whether the claims of the interested party who filed the petition cause the will to be invalid. Any “interested person,” as defined by the Illinois Probate Act, may file a petition to contest a will.  The Illinois Probate Act defines an “interested person” as an heir, legatee, creditor, person entitled to a spouse’s or child’s award and the representative. The executor or administrator has a duty to defend the validity of the will against will contests unless the executor or administrator reasonably believes that the contested will is invalid. The validity of a will can be contested on a variety of bases, known as “causes of action.”  These include undue influence, lack of testamentary capacity, fraud, forgery, compulsion, or other improper conduct, revocation, and noncompliance with formalities of execution.

In this video, Champaign will dispute lawyer Kevin O'Flaherty explains contests of wills in Lincoln Park.

Undue Influence in Champaign Will Contests

In this article, our Champaign will contest attorney examine undue influence in will contests and give you the information you need to understand what it is and how they are used in will contests. “Undue influence” is one of many bases for arguing that a will is invalid, other causes of action include lack of testamentary capacity, fraud, revocation, and noncompliance with formalities of execution.

Testamentary Capacity in Champaign Will Contests

What is an Ethical Will, and Do I Need One?

Actions To Modify a Trust | Reformation of Wills and Trusts Explained

Who Gets What? Inheritance Involving Illegitimate Children Explained

Is Attorney Client Privilege Absolute For Fiduciaries of Illinois Trusts or Estates?

Can An Irrevocable Trust Still Be Revoked With Consent or Due to a Mistake?