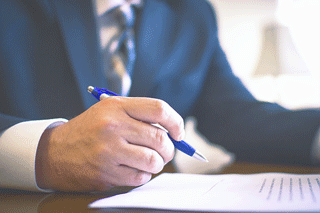 Our Lincoln Park appeals attorney use their skill and experience to provide you with the second chance you deserve for a favorable outcome in your case.

Our Experienced Lincoln Park Appeals Attorneys Handle Cases Including But Not Limited To:

In this article, our Lincoln Park appeals attorney discuss the methods used to appeal decisions as well as the timeline of appeals and how Lincoln Park courts appeal their decisions.In Illinois, cases are initially filed and heard in the county circuit courts.  These are also known as “trial courts” because the circuit courts are the level on which each side presents evidence and jury and bench trials are held in order to make findings of fact.

In this video, Lincoln Park appellate attorney Kevin O'Flaherty explains what orders can be appealed and the process of appeals in Chicago court matters.

Our Lincoln Park appeals lawyers are happy to meet with you in DuPage County, Will County, McHenry County, Kane County, Kendall County, Grundy County, Kankakee County, Dekalb County, LaSalle County, at our offices in Chicago, Downers Grove, Elmhurst, Naperville, Lake in the Hills, Tinley Park, St. Charles or any other location convenient to you.

Defending a Deportation and Removal Order

What Happens if New Evidence is Discovered After Trial in Illinois?